If you think you know what you're talking about, then there's a good chance you don't. Cornell University psychologists David Dunning and Justin Kruger devised a series of tests to assess individuals skills and knowledge. They then asked the participants to rank themselves on how they thought they performed. Those who scored in the bottom 25% of these tests ranked themselves as scoring around 62%. In other words, those who knew the least thought they knew the most. You can read more about this "Dunning-Kruger Effect" here at Psychology Today.

This should remind us to be a a little more humble. We all have something to learn, even if we don't know it! We don't know what we don't know and we need humility when it comes to our beliefs.

Unfortunately many Christians act as though their limited knowledge of scripture makes them an expert in biblical interpretation, church history, politics, medicine, international trade, mechanics, and animal husbandry. While everyone does this, it's especially problematic when Christians do. The reason? They drag God into the argument! They claim to know what God thinks and would say. They're as unaware of God's opinion as they are the truth, but they rank themselves as experts on both.

As a Christian I'm learning how important it is to hold on to truth with humility. It's important I recognize my own limitations and my own capacity for being wrong. If I want someone else to listen to me with an open mind then I need to listen to them with an open mind. If I hope someone else would be willing to admit they are wrong, then I must be willing to admit I am wrong.

It turns out that this type of intellectual humility is attractive in more than just faith conversations. Jeff Bezos likes to hire people with intellectual humility. Jessica Stillman, writing for INC Magazine, reported  the top quality he wanted in new hires was intellectual humility! She writes that Bezos "observed that the smartest people are constantly revising their understanding, reconsidering a problem they thought they'd already solved. They're open to new points of view, new information, new ideas, contradictions, and challenges to their own way of thinking,"

Why is this such a desirable trait? It means someone is teachable! You can't teach someone who already knows everything. In order to learn you have to admit you still have things to learn.

It also means you can take responsibility for failure. If you've done everything right, then failure is always someone else's fault. You can't improve if you can't recognize your deficiencies.

Stillman writes, "The intellectually humble give more careful consideration to evidence that contradicts their views, and end up with a better understanding of those with whom they disagree. They're also better at eliciting creative and varied ideas from others."

When you claim to be an expert you stop learning. When you admit you don't know everything, then you become a student. Pride keeps us from growing intellectually and relationally because no one like a know-it-all!

So, let's hold on to truth with humility and people with love. Let's journey forward together listening to and learning from each other. Let's get rid of the pretense of knowing everything and admit we have more to learn. This posture of humility and curiosity will help us learn and relate to everyone better. 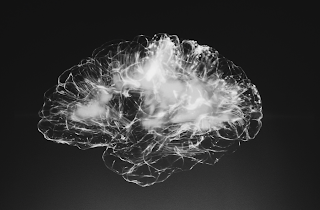