We are being sorted into silos - thought silos. In the past your entire community read one or two newspapers and heard the same stories. They watched the same few broadcast channels and got the same news. Today we all have our own news feeds customized by algorithms to what engages us most. (Watch The Social Dilemma for an eye-opening peek behind the digital sorter that is grouping us without our knowledge.)

If you’re not on social media (first congratulations) you’re still being sorted. For a fun experiment go to MSNBC.com, then FoxNews.com, and scroll the headlines. Unless there’s been a major disaster, you'll have to scroll past a couple stories to find some commonality. It’s like these two news sources are from different countries - different planets.

We don't mind because we KNOW we’re right and those who disagree with us are wrong. They might also be evil or just plain dumb. We know this is true because we live in an echo chamber. We hear the same perspective again and again and again. We keep coming back for more because we are enraged by what we see and hear. News outlets sell anger and we are becoming addicted to it.

This type of disparity makes it easy for us to see what we want to see. We don’t want to see things from a different point of view. We’re comfortable where we are. We don’t want to hear the “other side of the story.” We like our own version of the truth. So we "like" it online and get fed more of the same by a computer!

Bill Bishop in his book The Big Sort has documented how we have been siloing ourselves into like minded geographical locations for decades. He in particular notes how more people live in landslide voting districts - districts that went to one candidate by 20% or more. In 1992, 38% of voters lived in one of these counties, but by 2015 that increased to 60%. (See "The Divide Between Red and Blue America Grew Even Deeper in 2016 on the New York Times for more details.)

With all this division it’s no wonder many churches have taken sides politically. It’s just easier to gather people you agree with, but that only makes things worse. What our divided nation needs now more than ever is a united church.

I pastor a united church. No, it’s not easy. I feel like the world lives in an A or B world. You can be either:

A) Republican OR B) Democrat

A) Conservative OR B) Liberal

A) Egalitarian OR B) Complementarian

A) Reformed OR B) Not-Reformed

Our church doesn’t fit in these neat boxes. Our church is “Option C: Both A & B” I love it! It’s super messy. People get into “discussions.” We have arugments because we embrace unity not conformity.

This unity in the midst of our disagreements means we have no doubt what brings us together: Jesus Christ. Maybe “C” stands for “Christ” because he’s the only one who can bring us together.

I think this was the plan all along. Ephesians 2:14-17 (NIV) says, "For he himself is our peace, who has made the two groups one and has destroyed the barrier, the dividing wall of hostility, by setting aside in his flesh the law with its commands and regulations. His purpose was to create in himself one new humanity out of the two, thus making peace, and in one body to reconcile both of them to God through the cross, by which he put to death their hostility. He came and preached peace to you who were far away and peace to those who were near. For through him we both have access to the Father by one Spirit."

The dividing wall of hostility existed before our time. It’s time we remember Christ came to tear it down. He came to tear it down and bring us together as one people. He came to unite us to each other. So, let’s embrace the challenge of living, worshipping, and even leading in Option C churches. After all, if Christ is drawing all people to himself it’s the only option we have 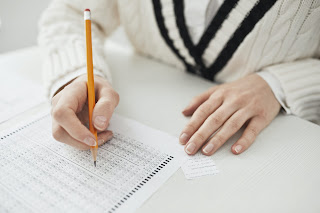