September 17, 2018
If you look at the Apostle Paul's life from a normal angle he was a failure! He had been run out of almost every town he visited. He had been in too many jails to count (but surprisingly not for the murder he arranged). He had started a string of little churches that had perpetual problems. He had been shipwrecked. He struggled with poor health. His life was a mess...unless you look at it through the resurrection. The resurrection makes sense of Paul's life. He writes about this in his letter to the church in Corinth. 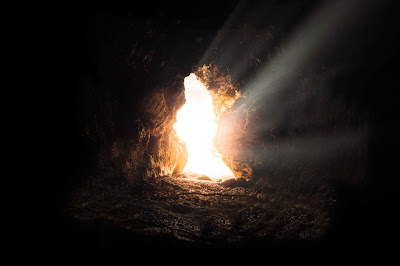 This might have started with the Christian philosopher Blaise Pascal who wagered that all people should live like God exists. After all if you live like God exists but discover that (when you die) God doesn't exist what have you lost? You've simply lived a good moral life - no harm no foul! Pascal wagered the reverse was true also. If you live like God doesn't exist but then die and discover God does exist you lose everything - in the fire of hell. Based on this wager it makes sense, be moderately comfortable now, and generally nice so that you can hedge your bet against eternal loss.

In Pascal's wager hell is what makes sense of our lives, not the resurrection. Pascal is afraid of the future and wants to buy insurance now. Paul on the other hand goes broke now, believing that eternity will make sense of it all later. Fear doesn't empower us to do much but survive. It takes the resurrection to truly live! Pascal might invite his neighbor to church out of fear, but he won't go to the ends of the earth to proclaim the good news of Jesus like Paul did. It takes the power of the resurrection to do that.

The resurrection of Christ makes sense of so many things in history. It tells us why the disciples went from cowering in fear to preaching in faith. The resurrection explains why the cross is now embraced as a symbol of life instead of a tool of fear. Only the resurrection can make sense of the miraculous growth of the early church.

Jesus came to give us life, set us free from fear, and give us the power of resurrection. The resurrection made sense of Paul's life and it can make sense of ours as well. If Jesus is alive, what does that mean for me and for you?