Call Out The Best In Others

September 11, 2017
We encourage people to be their best when we call out the best that is in them. Whether we say a simple thanks or take the time needed to say, “That was really great what you did” or “I could tell it took a lot of character and courage to say what you said.” We need to get in the habit of calling the good out! For some this comes naturally, for others it's a challenge. Here are some things we need to be in the habit of doing for when we interact with other people... 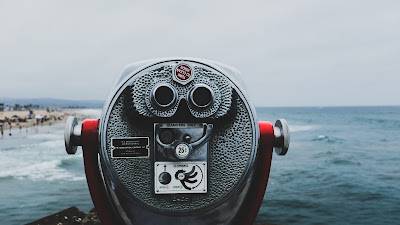 Look and listen for what’s good in the other person. Simon Peter isn't perfect, but in Matthew 16:16 he gets it right! Later Jesus is going to rebuke him in the harshest possible tones saying, “Get behind me Satan!” Peter will also famously mess up when he denies Jesus. But, that’s later and for this moment, maybe only 1 minute, Peter has got it right and Jesus calls it out in him. Jesus says to him. Matthew 16:17 (NRSV), And Jesus answered him, “Blessed are you, Simon son of Jonah! For flesh and blood has not revealed this to you, but my Father in heaven."

When you see something, say something - positive. You may not agree with this other person, but they are a person created in the image of God. There is something valuable there in them. Look for it. It might be honesty, courage, conviction (even if misplaced). I could say to a Mormon, “I wish everyone in my church had the conviction needed to go on a mission for two years of their life!” I see that in them. We have profound disagreements, but I see that conviction in them and admire it!

Why does this matter? Identifying something good helps it to grow! I think about my own kids and how they have grown in different areas of giftedness because a teacher or coach said, “You’re really good at that.” That alone is maybe the most helpful comment we can make. We simply call it out.

So, what are we looking for? Let me give you five things to look for as you interact with people in conversation...