Build A Bridge Through Dialogue

August 28, 2017
We are in desperate need of more dialogue. A dialogue is an exchanging of ideas, which implies that I listen to you and you listen to me. I hear what you say; you hear what I say. Unfortunately today we have less dialogue and more monologue. We make ranting posts on Facebook about someone, something, some group, some business, some organization. There are some people who just want to complain, who want to monologue, and hear their own voice. The problem is that if everyone is talking then no one is listening. We need dialogue especially over the things which we disagree. Dialogue builds a bridge where monologue builds a wall. 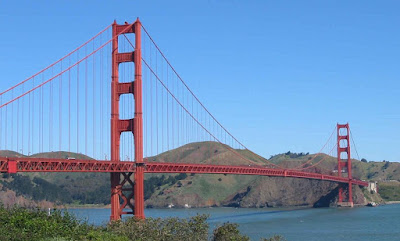 How do we build a bridge? How do we dialogue? It starts with asking others about their beliefs. Ask because it communicates that you want to know. If I start by sharing my view then I might short circuit the conversation either they agree and say, “I agree.” Or they disagree and don’t want to argue so they say, “I’m not sure.” Or they’re undecided until you told them what you thought. Ask about the president or about global warming - just ask! As a Christian the most meaningful thing and person I can talk about is Jesus. He's a great subject for discussion and the ultimate bridge builder. So let’s spend the time to ask people what they think about Jesus.

After you've asked and truly listened, feel free to share your viewpoint as an opening statement - not as a response or a rebuttal. Sharing your beliefs is truly neutral to the other person. You're not telling them what they have to believe, just what you believe. If you disagree then imagine that they built one on side of a topic and you’ve built on the opposing side of the same topic. There is a gap between you, which is where dialogue comes to build a bridge.

Also remember bridges are built with a safety net. The Golden Gate Bridge was built for the cost of $27 million back in 1933. During this time there was a statistic that for every $1 million one person would die in the construction. The bridge’s engineer Joseph Strauss however was determined to not let that happen. He pioneered the idea of enforcing safety standards and installed a safety net below the deck of the bridge. This net saved the lives of 19 men who fell and joined what they called the, “Halfway to Hell Club.” I say that to say this, each dialogue we have should have a safety net underneath it called a relationship. Too often people want to win an argument, but end up losing a friendship entirely. As you enter a dialogue remember being right with the person is more important that proving yourself right in a conversation. Don’t win the discussion just to lose the person. Take the time to build a bridge and gain a friend.

Read more about the Golden Gate Bridge and it's safety standards here: http://goldengatebridge.org/research/CheatingDeath.php