Stop Being So Selfish

June 29, 2017
Selfishness, narcissism, whatever you call it we’ve got it. We as humans are naturally selfish which isn’t entirely a bad thing. For instance, if I don’t think about feeding myself, I’ll probably starve. If I don’t thinking about taking care of myself I wouldn’t do the things I need to stay healthy. If I’m “hangry” I know I need to eat. If I’m grumpy because I’m tired, I should take a nap. It's my job to take care of myself. If I feel disconnected from God then I need to get into scripture and start praying. We might title this type of selfishness “self-care” or “self-concern” and it’s a good thing.

The problem happens when we become so selfish we become self-centered. We start to think, act, and live as though the world revolved around us. An article titled, “I’m O.K., You’re Selfish," in The New York Times reported on a poll done in 1999 asking Americans about the attitudes of other Americans.  60% believed that “most people were overly self-involved” but only 17% admitted to personally being selfish. 60% said Americans were selfish but only 17% admitted it personally. This means that 43% of us are selfish and we don’t even know it! 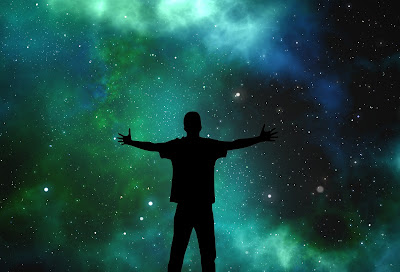 It's easy to become isolated and trapped in selfishness. We find ourselves constantly asking, “But what about me?” It's these four words keep us locked up in a lonely and miserable place. These words keep us from being happy, from enjoying the success of others, and from doing things for other people whom we love. You're struggling with selfishness if...


If you find yourself trapped in this prison know that you can walk out of the prison of selfishness anytime you want by putting other people first. The irony of this is that more often than not, when we put other people first we get what we want. When we make other people happy we find that we are happy! Maybe even happier! Don't believe me? Try being selfless for selfish reasons and see what happens.

Consider how this might work in a marriage. (Read the Eggerich's book Love & Respect to see how to put this into practice. It might be the best book on marriage you'll ever read.) You have a wife who wants her marriage to improve; she goes and buys a book on marriage. She’ll go home (husbands do this too) and read the book for her husband. She’ll highlight the parts he "needs to read" and hit him over the head with the book. The problem is that she wants him to change and her to remain changeless. She's being selfish. She tries to manipulate him, force her agenda, and they get in an even bigger fight! What if instead she had identified her own shortcomings and worked to be a better wife?It might take time but her husband would notice and he would warm up to her.

If you're suspicious try being selfless for selfish reasons. You'll find it gets you farther down the road than selfishness, but it won't take you to a place of total freedom. You won't be free because you'll still be keeping score in your head. If you're keeping score then you'll lose, because you're still trapped in that prison of selfishness. The only way out completely is through Jesus Christ.

Micah prophesies about what this will be like at the end of time when Christ’s rule and reign is complete, when He has eradicated the sickness of selfishness.


Micah 4:2-4 (NRSV), For out of Zion shall go forth instruction, and the word of the Lord from Jerusalem. He shall judge between many peoples, and shall arbitrate between strong nations far away; they shall beat their swords into plowshares, and their spears into pruning hooks; nation shall not lift up sword against nation, neither shall they learn war any more; but they shall all sit under their own vines and under their own fig trees, and no one shall make them afraid; for the mouth of the Lord of hosts has spoken.

When Christ returns the weapons of war, the weapons of fighting for our own way, will no longer be needed. We will be content with what we have and sit satisfied in God’s provision. In short, we won’t need to be selfish because we’ll be satisfied with Christ. This type of change that eradicates wars, that eradicates violence, can only come through a radical transformation in our hearts and minds. The type of transformation only Jesus can do when he enters a person's life and takes up residence. We might not experience total peace before heaven, but when we walk away from selfishness we get a preview of it.